Even among the faithful, Christian orthodoxy has taken a backseat to cultural and political tribalism. 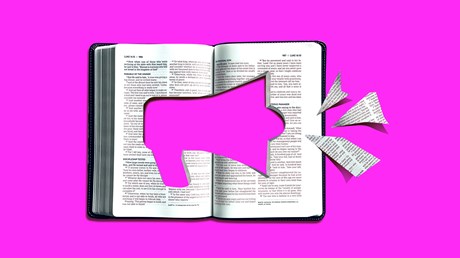 As my colleague Stefani McDade reported earlier this week, Lifeway Research released a survey conducted for Ligonier Ministries. It concludes that a shockingly high percentage of American evangelicals hold beliefs about Jesus and salvation that every wing of the Christian church would define as heresy.

If these results are accurate, what does that mean for where American evangelical Christianity is headed?

To recap, the survey showed that evangelical respondents expressed a confusing and sometimes incoherent mix of beliefs. Most affirmed the Trinity, but 73 percent at least partially agreed with the statement that “Jesus was the first and greatest being created by God the Father,” which is, of course, the teaching of the heretic Arius.

I’m generally a little skeptical of these sorts of surveys, since they often seem to filter out those who believe but can’t articulate their beliefs in abstract terms. I’m not sure that any of my childhood Sunday school teachers would have agreed with a survey statement that “justification is by faith alone,” even though they all believed that. That said, Lifeway seems to have accounted for and filtered through many of those research problems.

I suspect most of us, though, are not surprised by the results. Today’s American evangelical Christianity seems to be more focused on hunting heretics internally than perhaps in any other generation. The difference, however, is that excommunications are happening not over theological views but over partisan politics or the latest social media debates.