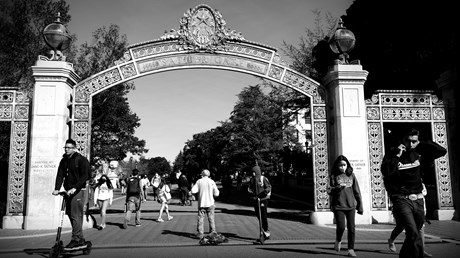 Gracepoint Church checks all the boxes of a college ministry success story.

Founded in 1981 around the concept of whole-life discipleship, the church—then known as Berkland Baptist—established itself as a home for Asian American students attending the University of California, Berkeley. With the mission to plant “an Acts 2 church in every college town,” Gracepoint stands out among the loose network of predominantly Asian American college churches that pepper campuses across the West Coast and beyond.

Located on over 60 campuses, it has launched church plants in 35 cities nationwide, as well as one in Taiwan, with 15 new churches planted in 2021 alone.

At campus clubs like Klesis and Acts2Fellowship, Gracepoint pushes college students to wrestle with tough questions and pursue church mentorship. At graduation, it encourages young Christians to live life on mission by joining staff at one of its campuses or helping launch a new one. Staying at Gracepoint has a strong appeal, echoing the coming-of-age films that ask, Why can’t college last forever?

“I guess you could say we were just a bunch of people who enjoyed college life so much that we never left it,” the church quips in a promotional video.

“I think people experience a spiritual vibrancy and potency and just a warmth and depth of relationship with God that they haven’t experienced elsewhere,” said Michael Kim, a member at the church’s Santa Barbara campus who was raised at Gracepoint. “For serving members, it’s high pressure, high labor, high toil, but high gratification.”