Christian Bill Hwang is at the center of what white-collar crime experts see as Wall Street’s biggest indictment since Bernie Madoff. 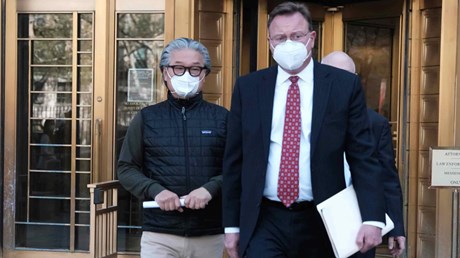 The allegations come a decade after Hwang settled a civil case for insider trading. In the years since, the Korean-born fund owner has worked with evangelical institutions as a donor, board member, and voice in the faith-and-work conversation. If convicted, Hwang would join a list of spectacular securities fraud cases like Bernie Madoff’s and face multiple life sentences in prison.

The US government alleges that Archegos under Hwang’s direction engaged in market manipulation—buying up large portions of stocks in companies to inflate the price—and then lied about its market exposure to banks to get more and more funding.

In a few days in 2021, the government says, that scheme resulted in losses of $10 billion directly to banks financing Archegos and the destruction of more than $100 billion of value in a dozen or so companies that Archegos was trading.

Though he had a huge position in the stock market, Hwang was not a famous investor, and his New York lifestyle was not flashy for a billionaire. The son of a pastor, he spoke at small Christian conferences, hosted Bible readings at his firm’s Wall Street office, and gave visitors Christian books.

He was known for his Christian philanthropy through the Grace and Mercy Foundation that he founded. Archegos is named for ἀρχηγός, the Greek word used to describe Christ as the “author” of our salvation (Heb. 2:10) and the “prince” of life (Acts 3:15). …