Dying is a fact of life. It’s also the enemy we’re called to resist. 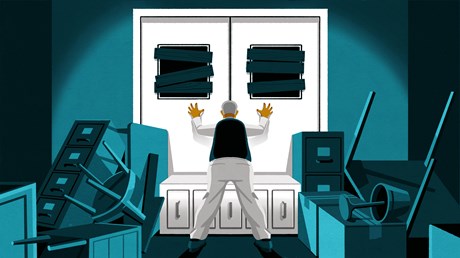 I’ve never seen so many headlines about death.

Over the past two pandemic years, newspaper obituary sections grew fat with tributes, and my online feeds—keyed up to search for terms like pastor and minister—were filled with local news stories about churches who lost their leaders during the pandemic.

The death tolls we’re reaching now are the worst-case scenarios we couldn’t even imagine when COVID-19 first hit. As the United States commemorated 800,000 dead in late 2021, The Atlantic writer Clint Smith called it a number “so enormous that we risk becoming numb to its implications.”

There’s a sense of resignation in the way people, even fellow Christians, speak of the COVID-19 dead. Depending on their positions on vaccination, they may suggest that the unvaccinated put themselves at risk, or, on the other side, that it simply must have been their time to die.

On Ash Wednesday, Christians traditionally repeat a line aimed to remind each other of our mortality, that we will all die and “to dust we shall return.” We hardly need the reminder in the midst of a pandemic that has taken more than 5.7 million lives around the world.

It would be hard for that level of loss to not shift our conception of death, or move it further in the direction it was already headed.

We have seen a creeping fatalism toward the critically ill. The medically vulnerable have too often been reduced to their COVID-19 “risk factors” and “comorbidities,” as if such conditions justify another life lost.

Governments around the world are moving toward policies to sanction euthanasia. In Australia and the UK, politicians are lobbying to legalize “assisted dying,” and Switzerland …