Though Catholic and evangelical leaders have endorsed existing options, this vaccine is the first without links to fetal-derived cell lines. 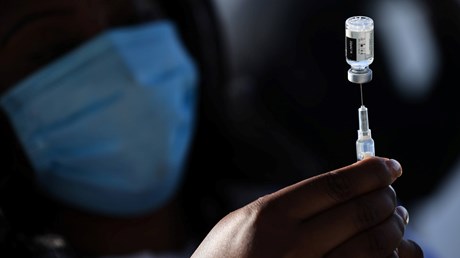 That’s the question swirling around a vaccine made by Novavax, a Maryland biotech firm that submitted its request to the US Food and Drug Administration last month for emergency use authorization of its COVID-19 shot, also known as NVX-CoV2373.

Although more than a year behind competitors such as Moderna and Pfizer/BioNTech, which were both cleared for emergency use in late 2020, Novavax’s two-dose vaccine has already been approved for use in other countries such as the UK, and the company hopes to aid global inoculation efforts.

But Novavax may have another unusual selling point: the potential to woo vaccine skeptics who reject other widely available vaccines because of distant links to abortion they say violate their morals and their faith.

“No human fetal-derived cell lines or tissue, including HEK293 cells, are used in the development, manufacture or production of the Novavax COVID-19 vaccine candidate, NVX-CoV2373,” a Novavax spokesperson told Religion News Service via email.

About 64 percent of the US population has been fully vaccinated against COVID-19 as of February 18, with 28 percent having received an additional booster shot, according to The New York Times.

Public health experts say the unvaccinated population is harboring vaccine hesitancy or outright anti-vaccine sentiment, some of it driven by faith. According to a December 2021 survey by Public Religion Research Institute and the Interfaith Youth Core, 10 percent of Americans say they believe getting a COVID-19 vaccine conflicts with their religious beliefs.

Among their objections is that in developing or testing their vaccines, Moderna, Pfizer-BioNTech, and …