It’s one thing to tell the city that you’re there for its good. It’s another to show it. 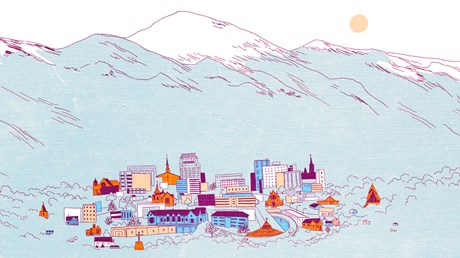 Six weeks after Stu Davis left his job as pastor at one of Colorado Springs’s largest churches in 2013, most of his kitchen appliances broke. Then his car broke. When his employee health insurance ran out, all three of his children had to make separate visits to the hospital.

“There were definitely times when I was angry at the Lord,” Davis said. “It was just a super, super hard season.”

Those trials made Davis think differently about the role of the church in his city. He had helped build a large youth program at Woodmen Valley Chapel, an ambitious multiyear missions project to Swaziland, and, if he was being honest, a big platform for himself. But he hadn’t really focused on the problems of people struggling in Colorado Springs.

The experience changed him. He says the trials “dislodged” him. Now, Davis serves as the executive director of COSILoveYou, a Christian nonprofit that connects nearly 100 local churches to address suffering and promote flourishing in Colorado Springs.

In some ways, Davis’s story is the story of evangelicalism in Colorado Springs, the city of 464,000 that celebrates its 150th birthday this July. Evangelicals were really successful in the city starting in the 1980s, earning it the title of the “evangelical Vatican” as Colorado Springs became a platform for high-profile Christian leaders. Then there were some broken appliances—some dislodging—and the city’s evangelicals rediscovered the importance of caring for their local community.

“The majority of local churches that would describe themselves as evangelical churches have started to step back or dial back,” Davis said, “and focused a lot more on either …