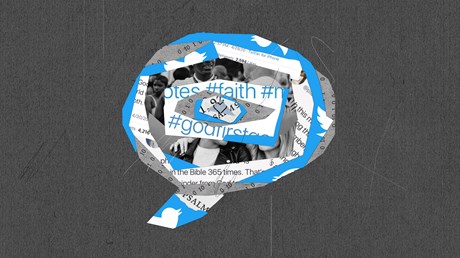 “There are many social-media-savvy people who are choking on sanctimony and lacking in compassion, who can fluidly pontificate on Twitter about kindness but are unable to actually show kindness,” she wrote. “People who ask you to ‘educate’ yourself while not having actually read any books themselves,” Adichie continued. “People who depend on obfuscation, who have no compassion for anybody genuinely curious or confused. Ask them a question and you are told that the answer is to repeat a mantra. Ask again for clarity and be accused of violence.”

She should know. Adichie’s essay was the culmination of a feud that played out online and off, mixing personal slights and ideological debate. The substance isn’t relevant here, but the way the authors interacted is. And the result of that sort of pernicious atmosphere, as Adichie said, is that eventually people become afraid to ask at all. They become afraid to say the wrong thing, perhaps unwittingly, in the deathless public record of social media: “The assumption of good faith is dead.”

I might qualify that a little—there are contexts, online and off, where I still assume good faith. But the assertion generally rings true.

Though it’s literally my job to air controversial opinions, I approach social media guardedly. I scrutinize my phrasing, not merely in pursuit of clarity for its own sake but also for possible lines of unfair attack. This ought not be.

Christian engagement in public conversation should …