Though data shows declines across the board, departing members aren’t going far. 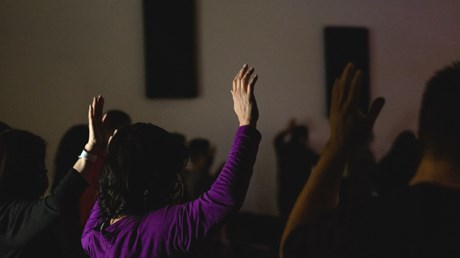 The Southern Baptist Convention has been faced with a string of prominent departures last few months.

In December, several high-profile African American pastors left after denouncing a statement released by SBC seminary presidents that declared critical race theory incompatible with the denomination’s teachings. Then last month, Beth Moore—the most prominent female voice in the Southern Baptist Convention—said she too had departed the convention and would no longer be publishing through Lifeway.

These public exits come as the Southern Baptist Convention continues to report a precipitous decline in members. In 2006, SBC records indicated a total of 16.3 million members. Data released in 2020 notes that the membership has declined to 14.5 million, with a 2 percent decline reported between 2019 and 2020 alone.

The influential members making headlines aren’t the only ones leaving and may represent broader concerns for the people in the pews of the average Southern Baptist church. Is America’s largest Protestant denomination having a harder time retaining women, people of color, and younger members than in the past?

Data from the General Social Survey, which asks respondents about the denomination that they grew up in as well as their current denominational affiliation, offers a subtle and nuanced portrait of a denomination that is struggling to retain its membership regardless of their gender, race, or age. However, several of these factors do seem to make it more likely for some to leave the SBC.

Between 1985 and 1995, women were slightly more likely to leave the Southern Baptist Convention than men. That gender gap essentially disappeared in subsequent waves of the survey, but the decline in retention …