The 47-year-old organization sticks with the broader movement’s mission, but no longer its name. 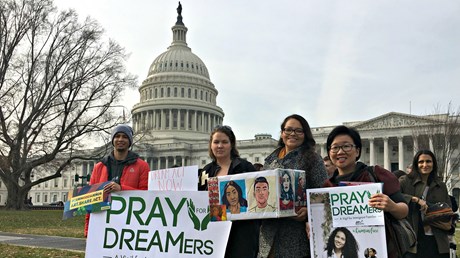 Evangelicals for Social Action, the justice-focused group founded by Ron Sider, has called itself “a different kind of evangelical.” As of today, it’s the kind that doesn’t call itself evangelical.

After nearly 50 years, the organization has changed its name to Christians for Social Action, becoming the latest and most prominent example of a move away from the “evangelical” label in the US.

Executive director Nikki Toyama-Szeto cited the shift in identity among the younger, more racially diverse generation of leaders as well as examples of how the historic name had begun to distract from its work.

“Honestly, the name change is an act in hospitality. In some ways, it reflects a change in our audience of what they’re calling themselves. Our audience is still evangelical, it’s post-evangelical, and it’s evangelical-adjacent,” said Toyama-Szeto, who has led the ministry since 2017. “When you have a name like ‘Evangelicals for Social Action,’ you’re limiting yourself to those who self-describe.”

Because of growing political baggage around the name, that pool has become narrower. Plenty of people believe in the core convictions of the faith—and are motivated by them to pursue justice—without calling themselves evangelical anymore.

The election of President Donald Trump, who embraced his white evangelical backing, represents an inflection point for evangelical identity in the US. Fifteen percent of those who considered themselves “evangelical” or “born again” in 2016 had stopped using either label by the following year, according to one voter survey, even though the overall number of evangelicals had held …