Our goal isn’t to make our home here, but to reflect our coming home when our King brings down the New City Jerusalem to earth. 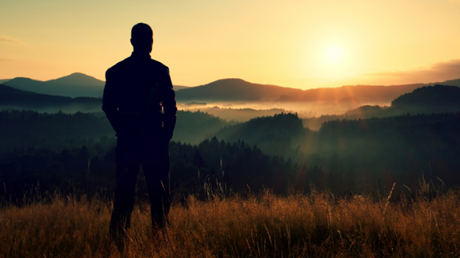 Thinking about cultural engagement isn’t something necessarily new to the church. In his treatise, The City of God, Augustine outlined how the “city of God” (reflected in the church) lives in and engages with the “city of man” (Rome).

Fast-forward to 1951 and H. Richard Niebuhr wrote the classic primer listing five models of how Christians think about and engage culture. And then in the most recent decade, James Davison Hunter and Tim Keller outline a list of ways Christians go about engaging (and even attempting to change) culture.

Moving forward in this post, my goal isn’t to straighten out the complexity of the church’s engagement in culture. However, my aim—at the very least—is to help believers think about our existence and thus our engagement as aliens and sojourners in a pagan and Post-Christian land.

But before I list my four observations, let me define prophetic witness. As people of the already but not yet Kingdom, a prophetic witness seeks to embody and evangelize the truth that the King has come and is coming again to make all things new.

Here are the four ways we can do that based upon John the Baptist.

John the Baptist lived in the desert, wore unfashionable clothes, and had an unusual diet. Interestingly, he didn’t have to do any of those things. He did so out of a prophetic existence. As a result, his prophetic residence pointed to a future deliverance; his prophetic style and diet pointed to living a simple …