Update: After a procedural technicality, the criminal case against the head of La Luz del Mundo continues. 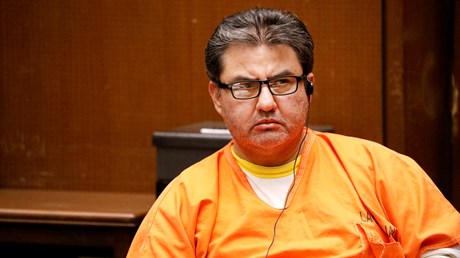 California has once again charged the leader of a Mexican megachurch with child rape and human trafficking, months after a court dismissed the previous allegations because of prosecution errors.

García is the spiritual leader of La Luz del Mundo, which is Spanish for “The Light Of The World,” an evangelical congregation based in Guadalajara, Mexico.

García and Ocampo already were being held in custody in Los Angeles County while prosecutors decided whether to refile charges. He was rebooked on $50 million bail and Ocampo was booked on $25 million bail, while Oaxaca remained free on bail, according to the California attorney general’s office.

April 9: A California appeals court ordered the dismissal of a criminal case Tuesday against a Mexican megachurch leader on charges of child rape and human trafficking on procedural grounds.

Naasón Joaquín García, the self-proclaimed apostle of La Luz del Mundo, has been in custody since June following his arrest on accusations involving three girls and one woman between 2015 and 2018 in Los Angeles County. Additional allegations of the possession of child pornography …