In other words, when it comes to churches being part of the solution to racial injustice instead of an ongoing problem, NPR would have us believe that the glass remains half empty. 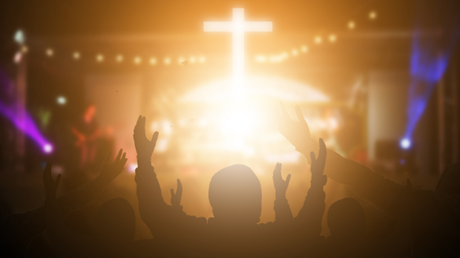 Last Friday (July 17, 2020), NPR’s All Things Considered, aired an 8-minute feature titled, “Multiracial Congregations May Not Bridge Racial Divide.” The narration begins, “As America turns its attention to the work of overcoming racial injustice the role of churches comes into focus.”

Yet the general tone and direction of Tom Gjelten’s piece is set in the next sentence:

“Christianity at times has accommodated racism rather than opposing it and some efforts of churches to promote reconciliation have run into obstacles.”

In other words, when it comes to churches being part of the solution to racial injustice, not an ongoing problem, NPR would have us believe that the glass remains half empty.

Of course, some on Twitter were quick to advance the negativity.

In response, I replied: “Too bad: interviews/articles like this seem bent to discredit as well as to ignore some 20+ years of progress to date. It’s unrealistic to expect an 18yo to be fully mature. So many strong and healthy multiethnic works ignored as well as good pastors actually doing the work. #smh”

It’s no secret. Throughout American history, some who have called themselves Christians (not necessarily Christianity) as well as churches they’ve attended have been more inclined to perpetuate racism rather than oppose it. And yes, of course… There are challenges to building and leading a healthy multiethnic church. Indeed, I’ve written an entire book on how to overcome the obstacles.

Nevertheless, while Gjelten’s piece is informative it is woefully incomplete. Among other things, throughout the entire 8-minute segment he: