The influential evangelical theologian leaves a final lesson for the church: Glorify Christ every way. 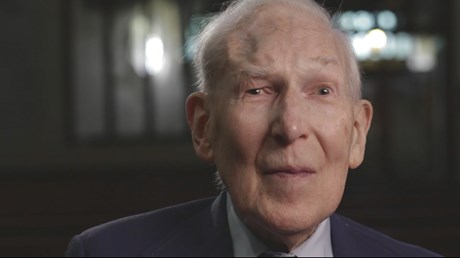 James Innell Packer, better known to many as J. I. Packer, was one of the most famous and influential evangelical leaders of our time. He died Friday, July 17, at age 93.

J. I. Packer was born in a village outside of Gloucester, England, on July 2, 1926. He came from humble stock, being born into a family that he called lower middle class. The religious climate at home and church was that of nominal Anglicanism rather than evangelical belief in Christ as Savior (something that Packer was not taught in his home church).

Packer’s life-changing childhood experience came at the age of seven when he was chased out of the schoolyard by a bully onto the busy London Road in Gloucester, where he was struck by a bread van and sustained a serious head injury. He carried a visible dent in the side of his head for the rest of his life. Nevertheless, Packer was uncomplaining and accepting of what providence brought into his life from childhood on.

Much more important than Packer’s accident was his conversion to Christ, which happened within two weeks of his matriculation as an undergraduate at Oxford University. Packer committed his life to Christ on October 22, 1944, while attending an evangelistic service sponsored by the campus InterVarsity chapter.

Although Packer was a serious student pursuing a classics degree, the heartbeat of his life at Oxford was spiritual. It was at Oxford that Packer first heard lectures from C. S. Lewis, and though they were never personally acquainted, Lewis would exert a powerful influence on Packer’s life and work. When Packer left Oxford with his doctorate on Richard Baxter in 1952, he did not immediately begin his academic career but spent a three-year term as a parish minister in suburban …