Pastor John Onwuchekwa’s decision comes a year after Cornerstone Church received a $175K grant from the denomination to renovate its building. 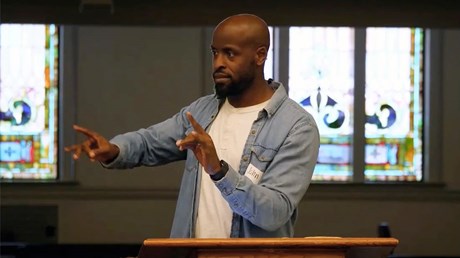 For years, John Onwuchekwa was a rising star in the Southern Baptist Convention.

He attended a Southern Baptist seminary, spoke at the convention’s national pastors conference, was befriended by SBC leaders, started a new SBC church in the west end of Atlanta, and helped recruit other black pastors to do likewise.

Onwuchekwa was part of the family and destined for great things.

Last week, concerned about support for President Donald Trump among Southern Baptists and a lack of urgency in dealing with racial inequality, the pastor and his congregation decided it was time to leave.

“The SBC liked me,” he wrote, in announcing his decision to leave. “But I feel like they’ve failed people like me.”

In recent years, evangelical groups have invested heavily in helping start congregations among communities of color, hoping to reach new people at a time when the United States is becoming more ethnically diverse. More than half of new congregations started by the SBC’s North American Mission Board are diverse, according to an agency spokesman.

But the nation’s current political climate and national divides on matters of race may make it difficult for pastors like Onwuchekwa to ever feel truly at home. Yet financial ties to their denominations make it complicated to leave.

Onwuchekwa, who grew up in Houston, the son of Nigerian immigrants, said the SBC tried to make him feel welcome. But from the beginning, he had concerns.

“We got on the bus with skepticism, nine years ago,” he said.

In 2015, with help from several other churches, including an SBC congregation, and $18,000 of his own money, Onwuchekwa founded Cornerstone Church, a church plant in a predominantly …