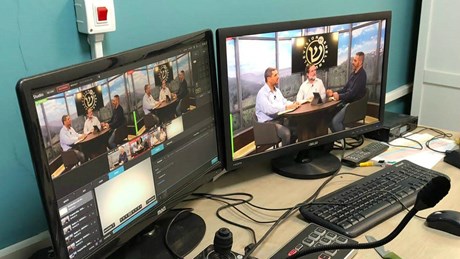 Israeli regulators on Sunday announced they ordered a US-based evangelical broadcaster taken off the air, saying the channel hid its missionary agenda when it applied for a license.

In his decision, Asher Biton, chairman of the Cable and Satellite Broadcasting Council, said he had informed GOD TV on Thursday last week that it had seven days to stop broadcasting its new Shelanu channel.

“The channel appeals to Jews with Christian content,” he wrote. “Its original request,” he said, stated that it was a “station targeting the Christian population.”

The decision was first reported by the Haaretz daily.

And today, Shelanu announced that its satellite provider, HOT, has dropped the channel altogether—likely due to Israeli pressure.

“In a free and democratic society such as Israel, we would have received approval for our new license, and if not, we would have won in court,” stated Ron Cantor, Shelanu’s Israeli spokesman, in a press release. “The only thing that could have stopped our channel from being aired was if HOT broke our relationship.”

If there is no public apology and clarification, Shelanu plans to sue Biton.

The channel said its existing license “stated unequivocally” that it would broadcast its content in Hebrew to the Israeli public. Most Christians in the Holy Land speak Arabic.

“Therefore it is not at all clear what was wrong beyond political considerations,” it said.

According to a copy of its original application and approval, obtained by CT, Shelanu identified itself as “a Christian religion channel broadcasting Christian content … for the audience of Israeli viewers … [in] Hebrew and English.”