The rise of the coronavirus means the welcome demise of the soulmate model of matrimony. 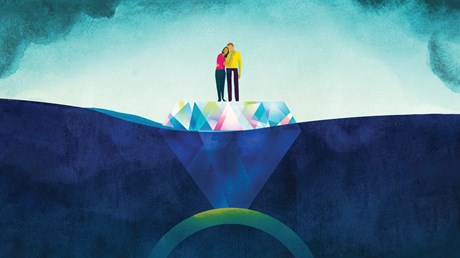 The coronavirus pandemic and its economic fallout are exacting a devastating toll on American families. Millions of parents have lost their jobs; tens of thousands of people are dying, including many grandparents; and mothers and fathers all over the country are contending with a volatile, uncertain future that will shape their lives and their children’s lives for years to come.

What does all this mean for marriage?

Some American couples hit directly by unemployment are more likely to divorce—at least if the husband is the one losing his job. We know, for example, that men without full-time jobs are about 33 percent more likely to get divorced, whereas women’s unemployment doesn’t boost the risk of splitting. Conflict and violence at home may also increase due to economic uncertainty and the stress of the lockdown. A recent analysis by The Economist of data from five big cities indicates that while most types of crime have declined, reports of domestic violence have gone up.

As sociologist Mark Regnerus notes, the marriage rate was already dropping prior to COVID-19, hitting a record low in 2018. The current recession will drive the marriage rate down even further because couples are reluctant to tie the knot when their economic prospects are uncertain. The people hit hardest by this marital decline will be those with the most precarious economic fortunes—the less educated and the working class. And in the end, a staggering share of today’s young adults—at least one-third by one estimate—will never marry.

The ongoing retreat from marriage, coupled with economic strain and falling fertility, means that by the mid-21st century, millions of Americans will be what the Chinese call …