We cannot stake religious liberty on a “wait and see” approach. 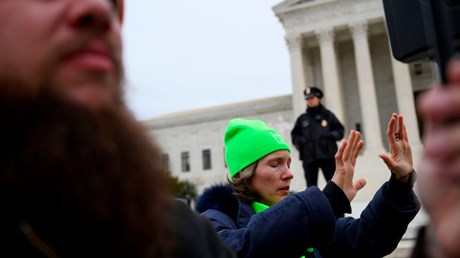 In the aftermath of Monday’s Bostock decision, a common refrain issuing from social media and various articles has been, “Yes, this decision is consequential, but let’s wait and see how it plays out.”

The case will certainly have major implications for religious exercise. But contrary to initial reactions, this decision should not be read as a decision that dooms religious liberty in America, but rather as an inevitable step toward something Congress and most state legislatures have thus far been unable to do: crafting a compromise that balances LGBT rights and religious freedom.

To accept the logic of such voices as Gorsuch and Bennett, one must rely on at least two assumptions: One, that progressives see some sort of compromise as desirable; and two, that the Religious Freedom Restoration Act’s provisions remain intact in the present form, well, forever.

As much as I want to share in Gorsuch and Bennett’s patient optimism for a better way forward, I believe the aforementioned assumptions are flawed. Monday’s decision, barring a comprehensive statutory compromise, will be judged by historians as a significant inflection point in the never-ceasing culture wars.

We already have the evidence for why.

On Thursday, Senate Democrats attempted a voice vote to pass the Equality Act, legislation profoundly hostile to religious liberty. To do this by “unanimous consent” only signals that Democrats, with the wind at their …