Because we all are made in God’s image, we’re called to be our brother’s keeper. 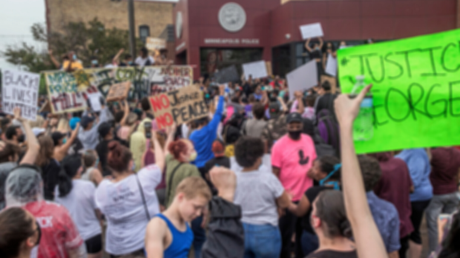 This time, one Minneapolis police officer knelt on the neck of a black man until he could no longer breathe.

The man’s name was George Floyd and his hushed and desperate “I can’t breathe!” reminded many of us of Eric Garner, both in the words and the situation. And, in both cases, their cries did not stop the officers and neither did they stop their deaths.

Onlookers reacted differently than the fired officers, many pleading for the officer to get up. As one Washington Post article explains,

“Witnesses begged the white officer to take his knee off the man’s neck. ‘You’re going to just sit there with your knee on his neck?’ one bystander said on the video….

‘Bro, he’s not even f—— moving!’ one bystander pleaded to police. ‘Get off of his neck!’

Another asked, ‘Did you kill him?’”

Based on what they saw, the Minneapolis police department acted swiftly, firing the officers.

How can we not be angry about this?

Indeed, anger is the appropriate response, but not the only response. And, this moment should remind us that cameras tell us what happened, but they also remind us of how many incidents there have been without those cameras.

All of us, if we follow the news on a semi-regular basis, have seen way too many moments like this.

Cameras continue to show us what many African Americans have known for years.

And if one video a day was not enough, a thousand miles away, Amy Cooper (a white woman) was walking her dog off leash in a part of Central Park (NYC) when Christian Cooper, a black man who was bird-watching, asked her to leash her dog in the area—which is designated …