A new book presents a range of arguments on the moral legitimacy of hunting. 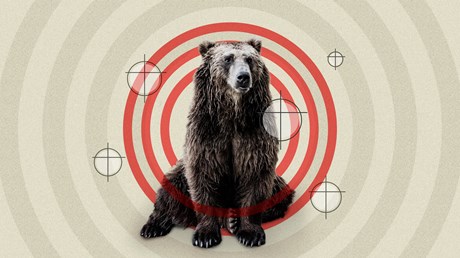 I am a Christian and an academic. I am also a hunter. At first blush, this might seem peculiar, given that members of first two circles I inhabit aren’t always hospitable toward members of the third.

Two stories—one actual, the other apocryphal—give a sense of the prevailing attitudes toward hunting that I’ve encountered.

The first occurred on a Sunday after Thanksgiving at the church in the small Western Pennsylvania town where I grew up. The new pastor, just arrived from the east coast, gathered the children on the steps at the front of the sanctuary and asked, “Girls and boys, we’re about to enter a special season. Do any of you know what season it is?” Before the pastor could call on anyone, one little boy blurted out, “Deer season! And I get to go to huntin’ camp with my dad and granddad, and when we get a buck…” He then proceeded to describe in graphic detail how he helped to field dress a deer.

The pastor’s mouth gaped open in stunned silence. He had been prepared to counter the expected answer of “Christmas” with an explanation of Advent, but he was unaware that the first Monday after Thanksgiving, the opening day of deer season in Pennsylvania for generations, was a far holier day to many in my community than the beginning of the liturgical year.

The second story is a variant of the proverbial interview at the pearly gates with St. Peter after a person dies. When a group of three new arrivals shows up, Peter announces: “Before you can proceed, I just need to make sure that everything is in order in your files. One of the things we check is your IQ, so I’ll be asking you a question to confirm that your test results are accurate.” …