In addition to historic recognition by US lawmakers, this week a new patriarch was finally elected in Istanbul, Turkey. 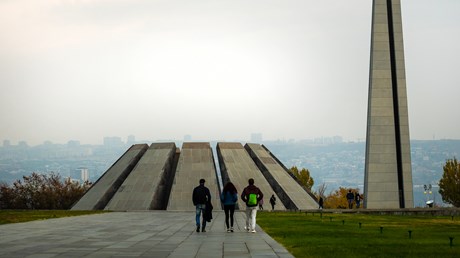 For the first time in its history, the US Senate recognized the Armenian Genocide. And after 11 years of practical vacancy, the Armenian community in Istanbul, Turkey, elected a new patriarch.

“It is very emotional for the Armenian world, and anyone who wants to see the truth incarnated,” Paul Haidostian, president of evangelical Haigazian University in Beirut, Lebanon—the only Armenian university in the diaspora—told CT concerning the resolution.

“But it is very obvious this was the opportune moment to be bipartisan.”

“I’m thankful that this resolution has passed at a time in which there are still survivors of the genocide,” said the Democrat from New Jersey, pausing for 20 seconds before being able to continue. “[They] will be able to see that the Senate acknowledges what they went through.”

About 1.5 million Armenians were killed between 1915 and 1923, as the defeated Ottoman Empire transitioned into the modern Republic of Turkey. Less than half a million survived.

The resolution also mentions the Greek, Assyrian, Chaldean, Syriac, Aramean, Maronite, and other Christian victims who lived in Asia Minor and other Ottoman provinces at the time.

Turkey concedes that many Armenians died in the fighting and aftermath of World War II, though it believes the numbers are inflated. It calls for a joint academic commission of Turkish and Armenian scholars. But it rejects the term “genocide.”

The Senate’s Resolution 150 is a duplicate …