While many Christians are hostile towards news media, my faith grew deeper because of it. 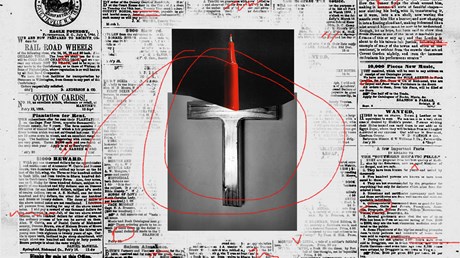 One question I’m often asked is “Is it hard to be a Christian and a journalist?”

Whenever I speak to young people about my job, this inquiry pops up almost every time. I always think it odd. I was raised deep inside the cocoon of a nondenominational evangelical church myself, so I know the question reflects presumptions about the world outside. But I still can’t quite nail down why it bothers me so much.

Many conservative Christians are told that the media is evil—almost as bad as Democrats, or maybe worse. That’s the way I grew up. Just like Hollywood and universities, I was taught that the media were secular, godless liberals; that they hated us and our values.

Sometimes it came from a speaker at church. More often it came from the media and messaging centers that dominated evangelical culture. This was conservative talk radio for sure. But I also heard this from conservative political organizations like the Family Research Council, Focus on the Family, the Christian Coalition, and others. I heard it in places like the Teen Mania conferences where I went to get “fired up” for Christ and sign up for overseas mission trips.

So, when kids ask me if it’s hard to be a Christian and a journalist, I know they have a certain picture in their heads. They visualize me going to work surrounded by debauched atheists who did lots of drugs and had lots of drunken sex and read atheist propaganda.