Traditionalist minority worry disagreement on the issue will make it harder to work together on mission. 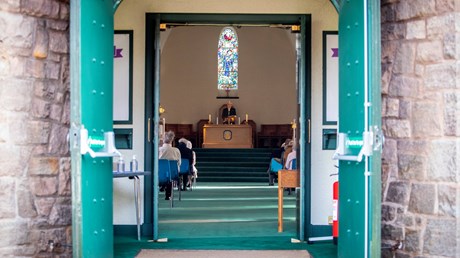 The Church of Scotland—the largest Protestant church in the country—is another step closer to allowing its ministers to officiate same-sex weddings.

The majority of the denomination endorsed draft legislation to let clergy marry same-sex couples, with 29 presbyteries in favor and 12 opposed. The proposal will go before its General Assembly gathering in Edinburgh in May for approval.

While clergy will not be required to marry same-sex couples, the move makes the minority who oppose the national church ’s involvement in gay marriage worried about further division.

"There’s still a continued struggle within the Church of Scotland,” Mike Goss, a minister in the presbytery of Angus who opposed the change, told Premier Christian News. “The group of folk are called traditionalists, folk who stand by the Bible, we’re not going away. We’re still there.”

The traditionalist wing of the church have debated its response to the moves toward affirming same-sex marriage for years. Even as the Presbyterian church prepares to allow the practice, the denomination’s official stance recognizes the tension.

“The Church recognises that there are diverse views on the subject of same-sex marriage,” it says. “We are committed to ensuring that debates on this subject are held in a spirit of humility and grace, that the tone and tenor of discussions are civil and people are respectful of those who hold opposing views.”

Scotland legalized civil partnerships for same-sex couples in 2005 and marriage in 2014. The Church of Scotland—also known by its Scottish name, Kirk—endorsed clergy in same-sex relationships back in 2009 but so far has not allowed ceremonies …