Brian Houston’s resignation reminds us we need godly pastors, not just gifted ones. 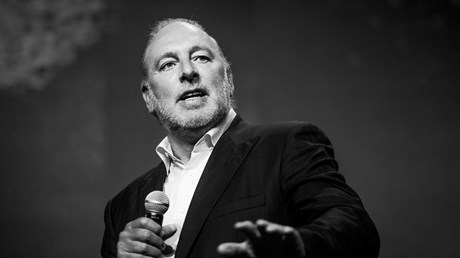 In Sydney this week, Hillsong megachurch founder and senior pastor Brian Houston resigned in light of a pending court case and following revelations of pastoral misconduct.

The court case pertains to Houston’s alleged concealment of his father sexually abusing a boy in New Zealand in the 1970s. Although Houston removed his father from ministry, reported him to denominational authorities, and has publicly acknowledged that the abuse took place, New South Wales state police claim that Houston “knew information relating to the sexual abuse of a young male in the 1970s and failed to bring that information to the attention of police.”

The trial is scheduled for October this year.

More recently, the Hillsong global board wrote an email to members about two complaints against Houston. The first, which took place ten years ago, “involved inappropriate text messages from Pastor Brian [Houston] to a member of staff, which subsequently resulted in the staff member resigning.” This indiscretion was explained as the accidental result of Houston being “under the influence of sleeping tablets.”

The second complaint took place in 2019 when Houston knocked on the door of a hotel room with a female occupant and spent a significant amount of time in the room. Similar to the other case, his behavior was explained away as the unfortunate result of anti-anxiety medication mixing with alcohol in his system.

Hillsong has made a significant international impact by planting churches all over the world and taking Pentecostalism into the digital age. But with success comes the temptation to do anything to keep the machine running, protect the minister and the ministry, and maintain the …