Christian faith calls not for indulgence or self-denial but something else entirely. 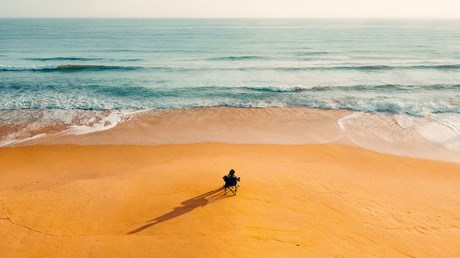 A few decades ago, you might have found me taking pot-shots at John the Baptist’s “I must decrease” (John 3:30). Having witnessed the havoc it wreaked upon Christian women prone to self-abnegation, as well as the license it gave to authoritarian leaders prone to spiritual abuse, I was not a fan of this particular phrase.

That changed when I happened upon my 12-year-old daughter’s Pinterest board titled “Self Care” (alongside “Cute Animals” and “Cool Outfits”). I opened it and discovered bubble bath recipes, sassy girl-power quotes, yoga poses, pampering skin care routines, and promos for self-care products (read: luxury goods). Harmless? I wasn’t so certain.

It made me wonder if I had traded in John the Baptist’s camelhair tunic for luxury camelhair boots.

Christian theologians have always had revolutionary messages about the self, which are often paradoxical and profoundly countercultural. They take their cue from Jesus, who talked about losing one’s self in order to find it. About coming to serve, not be served. About death being the doorway to life. In none of these messages is Jesus downgrading the self. He is simply giving our selfhood a new foundation.

The early church followed in his footsteps, baptizing people and proclaiming the termination of a selfhood that was already leading to death. They remodeled Roman mausoleums into baptistries, sending a clear message through the architecture: You are going here to die. A deceased person is being buried here. Sin killed you—you were already dead—you are just enacting a death that has already happened.

When the convert rose from the clear waters of baptism, they were raised into a revolutionary …