There are more unaffiliated African Americans, but they’re also more likely to return. 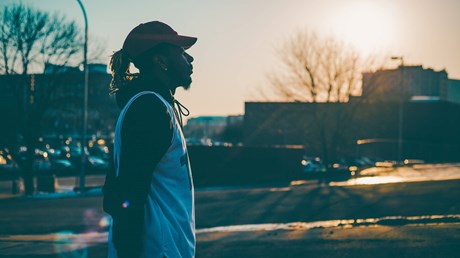 African Americans are among the most devout groups in religion research, often outranking other demographics in areas like religious practice, attendance, and belief.

As a result, some predicted that young Black adults would resist the moves away from faith seen among white millennials.

Even with all the shifts in the faith landscape over the past several years, Black Americans remain more religious than other groups and more likely than the average American to stay in the tradition they were raised in, according to a massive report released by Pew Research Center last year.

But black “nones” are growing. With 3 in 10 adults in the US claiming no religious affiliation on surveys, the rise of the nones has touched every corner of American society.

Over more than a decade, the share of Black Americans who say that they have no religious affiliation has risen more dramatically than whites, Hispanics, or Asians.

But looking beyond that statistic, we see a much more nuanced view of Black religion in the United States.

In 2008, 22 percent of all Americans who participated in the Cooperative Election Study indicated that they were atheist, agnostic, or described their religion as “nothing in particular.” Just 12 years later, the share of nones rose to just over 34 percent. When that rise is tracked across different racial groups, different patterns emerge.

For instance, white respondents tracked the national average nearly perfectly, with 23 percent nones in 2008, rising to 34 percent by 2020. Among Hispanic respondents. There was an increase of 11 percentage points, but for Asians—who already had the highest levels of religious unaffiliation—it was much more modest at just about 5 percent.