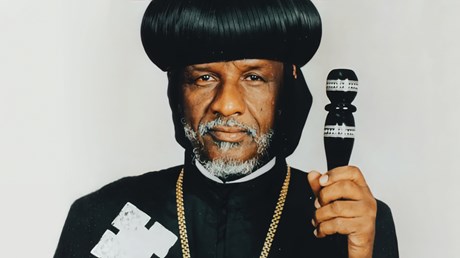 Abune Antonios, a confined Eritrean Orthodox Church patriarch and the longest-serving prisoner of conscience in the Horn of Africa, died on February 9 at the age of 94.

He was still serving detention in the Eritrean capital, Asmara, after his arrest in 2006 just two years after his installation as the third patriarch of the Eritrean Orthodox Church. For 16 years, he was kept in solitary confinement under the orders of the country’s authoritarian leader, President Isaias Afwerki, for his resistance to government interference in the church.

Eritrea has long been on the US State Department’s list of worst religious freedom violators, and ranks No. 6 on Open Doors’ 2022 list of where Christian persecution is worst.

“It is very unfortunate that the patriarch died while in detention. There was no reason for the government of Eritrea to put him in detention,” Francis Kuria, the secretary general of the African Council of Religious Leaders, told RNS. “The Orthodox Church in Eritrea and elsewhere is always very supportive of the people’s development.”

Archbishop Angaelos of the Coptic Orthodox Church in London announced the loss on social media, saying the patriarch had passed away “after a long battle with illness, and an even more painful battle with injustice.”

Antonios was buried yesterday in Asmara at a monastery to which he belonged. A large crowd gathered at the burial site, many of whom had traveled long distances on foot, according to reports.

“We pray repose for His Holiness, and comfort and support for our #EritreanOrthodox sisters and brothers in Eritrea, Britain and around the world,” said Angaelos in a February 9 tweet.

The patriarch’s death in detention …