The anti-racism campaign is a model for the anti-abortion movement. 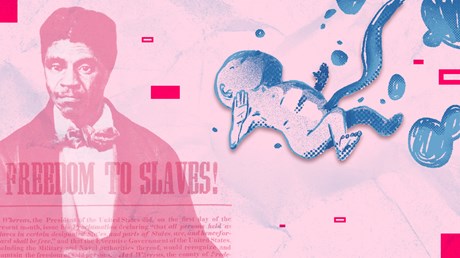 The past four years of American public life have been marked by partisan tension between the pro-life movement and the racial justice cause. Politically, at least, the two have been cleft apart and set at odds. The pro-life campaign is viewed by some as a conservative “white men’s culture war,” while the anti-racism project is seen often as a solely progressive movement.

Although our politics pit these movements against each other, the two in fact share the same moral nucleus. The anti-abortion cause and the anti-racism cause are sibling abolition movements that protest two different cultures of exploitation and devaluation. What, then, can the pro-life campaign learn from the racial justice project?

Since the advent of Roe v. Wade 48 years ago, the “reproductive justice” movement has embraced a conditional view of human life. The worth of an unborn baby is contingent upon a mother’s preparedness, her consent, even her personal interest or desire. The child has value insofar as the mother says it does. Case in point: A recent Time essay by Stephanie Land suggests that you can name and love your “blastocyst,” even if you terminate the pregnancy.

By contrast, the largely Christian abolition project of the 19th century was built on the view that all human life has intrinsic value. Today’s antiracism movement reflects that same ethic by saying: …