While Trump extremists set the vice president up as a traitor, most believers stood by his decision to confirm the election. 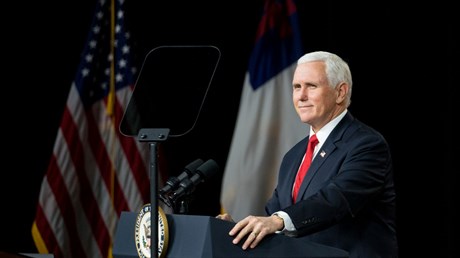 At a farewell gathering last Friday, outgoing Vice President Mike Pence recalled the Bible reference his chief of staff texted him after he certified Joe Biden’s victory, The Washington Post reported. It was 2 Timothy 4:7: “I have fought the good fight, I have finished the race, I have kept the faith.”

Pence was pushed into the political spotlight during the tense final weeks of the presidential term, as he refused President Donald Trump’s demands that he use his position to fight the election results and then refused Democrats’ demands that he invoke the 25th Amendment to remove Trump from office.

But Christian political scientists say recent events won’t do much to separate Pence’s legacy from Trump’s contentious shadow. MAGA loyalists will side with the president over him, and evangelicals who respected Pence’s character from the beginning see his conscience on display as he broke from the president’s campaign to discredit the election.

Pence was welcomed on to Trump’s presidential ticket back in 2016 largely for his faith. One of the most outspoken evangelicals ever elected vice president, he was framed as the kind of moral, dependable politician Republican Christians could trust—before Trump built up his own evangelical networks and ties.

Though the VP spent most of the past four years working in the background and standing by the president, that dynamic has shifted in recent weeks. Pence has taken a place in the political spotlight and opposed to Trump, who said his vice president “didn’t have the courage” to reject the congressional confirmation of the election, though Pence insisted he did not have constitutional authority to do …