In spiritual memoirs, son of prominent Christian family wrote about finding the fullness of his childhood faith in the Catholic church. 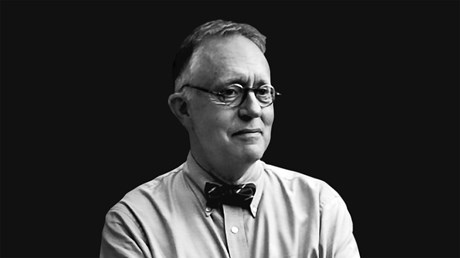 Howard marked out a path to Rome in his spiritual memoirs, notably Christ the Tiger, Evangelical Is Not Enough, Lead, Kindly Light, and On Being Catholic. He wrote with grace and gentle wit about his journey from evangelical son to bow-tied Anglican professor and then to Catholic convert, received into what he came to see as the one true church.

An unknown number of educated young evangelicals followed Howard into Catholicism, and more found their own spiritual longings articulated in his prose. Howard’s love for liturgy and a concern for orderliness and unity drew him to the church, even as he continued to appreciate and celebrate aspects of his childhood faith.

Howard was born into a leading evangelical family in Philadelphia in 1935. His parents had served as missionaries to Catholic Belgium before returning to the United States in the 1920s so his father Philip E. Howard Jr. could run the Sunday School Times. The weekly newspaper was the largest in the country for self-identified fundamentalists, and the elder Howard succeeded his uncle Charles Gallaudet Trumbull as editor, who had himself succeeded his father, Henry Clay Trumbull.