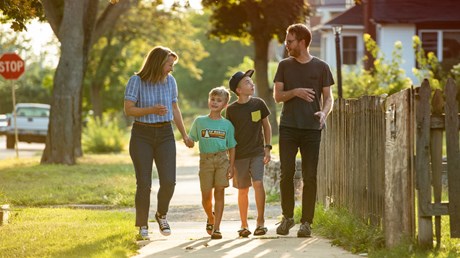 Editor’s note: This profile is the second in a CT series featuring Christian candidates from both parties who are running for Congress in November.

In a campaign that’s all about different visions of leadership, voters can learn a lot from seeing how a candidate connects. Hillary Scholten, an immigration lawyer and West Michigan native running for an open US House seat in the state’s 3rd District, speaks with confidence and a gentle authority.

Because she wants to make sure you do. As Scholten explains how she learned a sense of justice from her schoolteacher mom and then became an attorney in Barack Obama’s justice department because she believes in helping people, the Democratic candidate wants to make sure that you understand and that you feel understood.

“I think so much of the divide in our country comes from people seeking to be first, to dominate first and not understand first,” Scholten told Christianity Today. “We need a compassionate representative for the community.”

Scholten is trying to beat Republican Peter Meijer and a win over voters in a district that has been reliably Republican since the lines were redrawn and Paul Henry, son of CT founding editor Carl Henry, became its representative in 1993. Her plan involves a lot of conversations where she can connect with voters and explain how her Christian faith shapes her Democratic politics.

Scholten’s campaign puts a major focus on her church commitments and her deep rootedness in the Dutch Reformed community of the area. Her great-great-grandparents emigrated from the Netherlands, her parents raised her in the Christian Reformed Church, and her husband teaches journalism at …