Even as technology made communication quicker, these Coptic leaders ministered through snail mail. 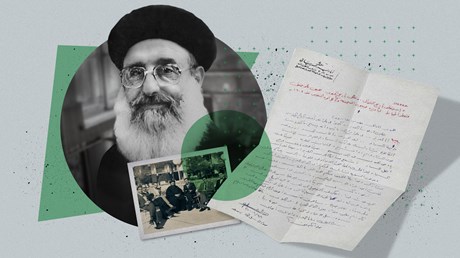 In his rural New Jersey home, Wafik Habib carefully laid out his letter collection before us, now more than a half century old. Handwritten by the late Bishop Samuel to the physician, they represented the bishop’s pastoral care to a nascent diaspora Christian community started in 1950s North America. We could sense the bishop’s presence in the words of comfort and exhortation set to pen and paper.

A few years before our visit to Habib to read his letters from Bishop Samuel, we opened up our own airmail from Egypt. It was a greeting card from Abadir El-Souriany, an elderly monk at the Syrian Monastery of St. Mary. (In the Coptic tradition, bishops are denoted by a single name at ordination and monks are referred to by their first name and the monastery where they serve.)

The card smelled of the Egyptian desert. In it, we found words of blessing.

Abadir had pastored our family in Sudan decades before. Now, newly ordained and assigned to a Coptic Orthodox Church in New Jersey, we received the warm words of Abadir’s letter. They ministered to us as only words from a lifelong pastor to diaspora congregations could.

Of course, sending letters from a distance to churches the Coptic church leaders planted or communities they served follows an apostolic tradition that dates back to the New Testament. Though these letters were addressed to individuals, rather than entire congregations, they achieved the same end: the spread of Christianity, the planting of new churches in new places, and the spiritual growth of these new congregations.

Following in the footsteps of his predecessor, Bishop Samuel, Abadir maintained the relationships he built through letter-writing. The Syrian Monastery—located in a region called …