Whenever systems are broken and dysfunctional, it is always the most vulnerable who suffer the most. 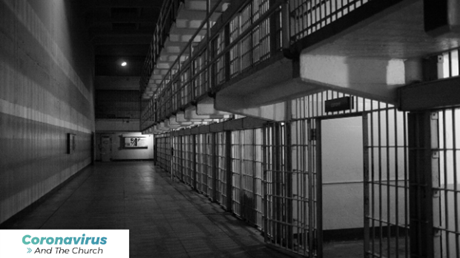 COVID-19 is affecting everybody. But like most catastrophes, the majority of us are inconvenienced, while for the most vulnerable, this virus becomes another life-and-death experience.

There has been a lot of lively debate recently about releasing nonviolent offenders from jails, prisons, and juvenile detention facilities. But what has been missing in the discussion is how it impacts the most vulnerable who might soon be released—and by implication the rest of society, too.

Certainly, a virus like COVID-19 infiltrating into a jail is a cruise ship nightmare on steroids! And the reality is, many who are being held on bail in county jails are there simply because they can’t afford the bail that more wealthy citizens can. In fact, on any given day, 60 percent of the U.S. jail population is composed of people who have not been convicted of anything, but are too poor to post bail or to hire an attorney to work on their behalf.

But let’s think about who this 60 percent of the jail population is. They are largely the homeless, the addicted, those struggling with mental health issues, and the poor.

Data from a national study in five major American cities shows that at the time of arrest, 63 to 83 percent of arrestees had drugs in their system. And according to the Mental Illness Policy Organization, more mentally ill persons are in jails and prisons than in hospitals.

But to simply put these people on the streets—empty streets, nonetheless—may be creating long-term devastation for a short-term fix. Without the much-needed community resources being there to receive them, most will end up back in these jails, but now more likely to be infected with the virus than they might have been by being exposed to staff …