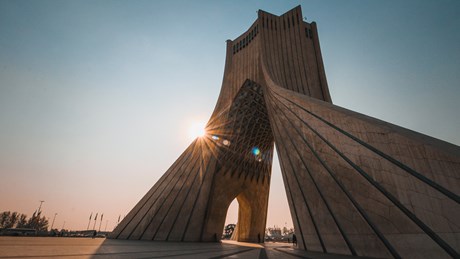 Forced by the new coronavirus, Iran took the tiniest of steps to placate global advocacy for religious freedom.

A temporary release of about 85,000 prisoners to curb the spread of COVID-19 disease included Ramiel Bet Tamraz, an Assyrian Christian serving a four-month sentence for holding illegal church meetings.

He was one of seven Christians set free, some on bail.

The release—which also pardoned 10,000 prisoners in advance of this past weekend’s celebration of Nowruz, the Persian new year—did not include four Christians recently granted a retrial.

Ramiel’s father Victor was the pastor of the Assyrian Pentecostal Church of Tehran until 2009, when it was shut down by the government for holding services in Farsi, the Iranian national language. Arrested in 2014 for conducting services at home, in 2017 he was given a 10-year jail sentence. Released earlier on bail with his wife Shamiram, they are awaiting the outcome of court appeals.

Ramiel’s sister Dabrina has advocated for her family all the way to the White House.

“Raising awareness always helps,” she told CT, prior to her brother’s release. “When the US and international bodies speak out and address persecuted Christians, they have an enormous amount of influence.”

According to the latest annual report of violations against Christians in Iran, 17 believers ended 2019 in prison on account of their faith. Culled from public statistics describing sentences from 4 months to 10 years, the report—released in January and jointly produced by Open Doors, Article 18, Middle East Concern, and Christian Solidarity Worldwide—warned the true number could be much higher.

Open Doors, which ranks Iran No. 9 among the world’s …