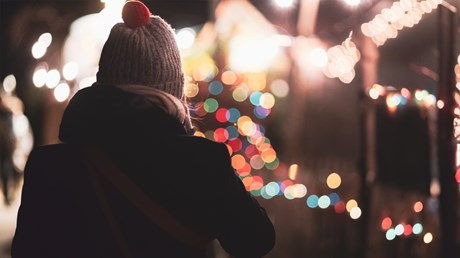 When Mark the Evangelist wanted to sum up the way Jesus started His earthly ministry, he used these words:

Now after John was arrested, Jesus came to Galilee, proclaiming the good news of God, and saying, “The time is fulfilled, and the kingdom of God has come near; repent, and believe in the good news” (1:14–15).

The Greek word that Mark uses to summarize Jesus’ message—basileia—is probably better translated with a word that indicates activity. A word like “rule,” “reign,” or even “kingship” is closer to the original meaning of basileia—which means that when Jesus says “the kingdom of God has come near,” He is proclaiming that God is asserting His rule in the world in and through Jesus’ ministry.

But what kind of rule will it be? Coronations can be terrifying. The enthronement of a new king or leader can make one queasy with dread. If you’ve never had to fear when a new prime minister, president, or monarch comes into power, then you have lived a life of rare privilege. For many people in the world—throughout history and also presently, even in the modern West—the passing of power to a new ruler is a matter of gnawing anxiety.

A scene from the end of The Godfather—one of the most haunting pieces of cinema I’ve ever seen—captures this fear well. The protagonist, Michael Corleone, stands near the baptismal font in an ornate Catholic church for his nephew’s christening. As the camera lingers on his stoic facial expression and elegant suit, the scene cuts to a series of assassinations that Michael has orchestrated, which are happening at the very same time as the service of baptism. It turns …