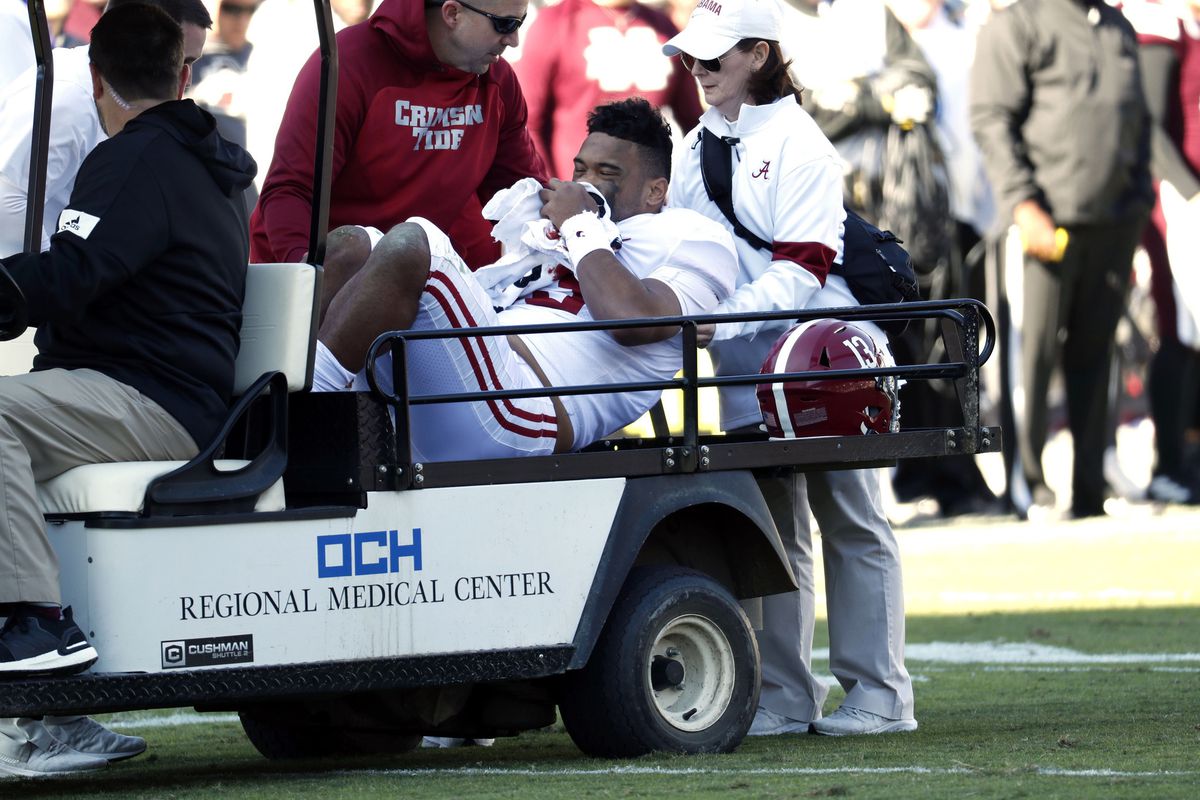 Tagovailoa, the potential top pick in April’s NFL draft, was injured while being dragged down by two Bulldogs late in the first half, with the Tide up four touchdowns. He was flown by helicopter to the St. Vincent’s Medical Center in Birmingham, Ala. Hours later the school announced he has sustained a dislocated right hip.