We’ve come a long way from a plea for marriage equality. 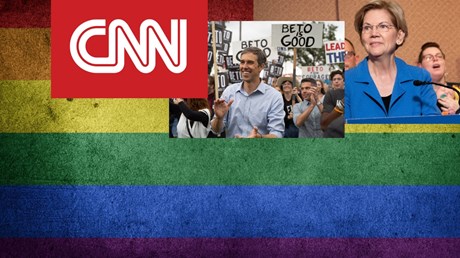 Watching the Equality Town Hall on CNN yesterday was both instructive and disconcerting.

It was instructive because I really did want to see where we were as a nation—and how divided we might be on questions related to religious liberty, the LGBTQ+ community, and the need for us to all live together in one democracy.

I was struck by the fact the debate was regularly interrupted by protestors. What we all need to acknowledge is that many people who identify as LGBTQ+ have felt marginalized and discriminated against, and have seen violence as a part of their reality.

That should leave us all with a deeper sense of compassion and concern. People spoke of their lives being at stake; as Christians, we should be the first ones to hear and honor their anthem of desiring safety and protection.

Furthermore, I left surprised at the level of change that is taking place in the Democratic Party— this is not President Obama’s party anymore. Barack Obama actually broke his campaign promise and allowed faith based partners to, well, keep their faith central throughout their ministries, even when partnering with the government. His (limited) accomodations to people of faith simply would be far from the converstaions last night.

We’ve come a long way in a short time.

And, because of that, I left with religious liberty concerns.

I’m concerned with the clear and complete disregard around religious liberty. This term was used a few times, often with the phrase “so called” tacked on. Candidates would say they affirm religious liberty, but then describe exactly how they did not.

Elizabeth Warren was asked a revealing question: How would she respond if an "old fashioned" voter told her …