Some Chaldean detainees lost their chance to fight to stay. But it’s still unclear if their home country will let them back. 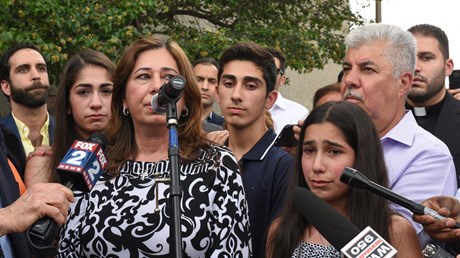 Hundreds of Iraqi Christians detained in immigration raids are once again at risk of deportation after losing their chance to keep fighting their cases in court.

On Tuesday, the Sixth Circuit Court of Appeals closed the book on Hamama v. Adducci, a class-action lawsuit filed in June 2017 by the American Civil Liberties Union (ACLU) on behalf of 1,400 Iraqi natives, including more than 100 Detroit-area Chaldean Christians, who were detained by US Immigration and Customs Enforcement and told they would be repatriated to their home country.

After the raids two years ago, a district judge granted an injunction to protect the detainees, many of whom have lived in the US for decades, and let them present their cases in court. Last December, a Sixth Circuit panel overturned the protections, and this week the court declined to hear further arguments, allowing the government to resume deportations as soon as next week, Michigan Radio reported.

The ACLU argued that sending the Christians back would put them in danger of torture or death. The historic Chaldean Catholic Church had been the largest Christian group in Iraq, which now ranks seventh on Open Doors International’s list of countries most dangerous for Christians.

Iraqis’ claims of imminent danger have for decades persuaded the US and Iraqi government to allow them to stay in the US, despite lapses in immigration documents and even felony convictions. (After paying their debt to society, most convicted felons from Iraq have lived under what are known as final orders of removal, meaning that if they leave the US, they are not permitted to re-enter. Many of those swept up in the 2017 and 2018 raids had final orders of removal from crimes committed in the 1980s and ’90s.) …