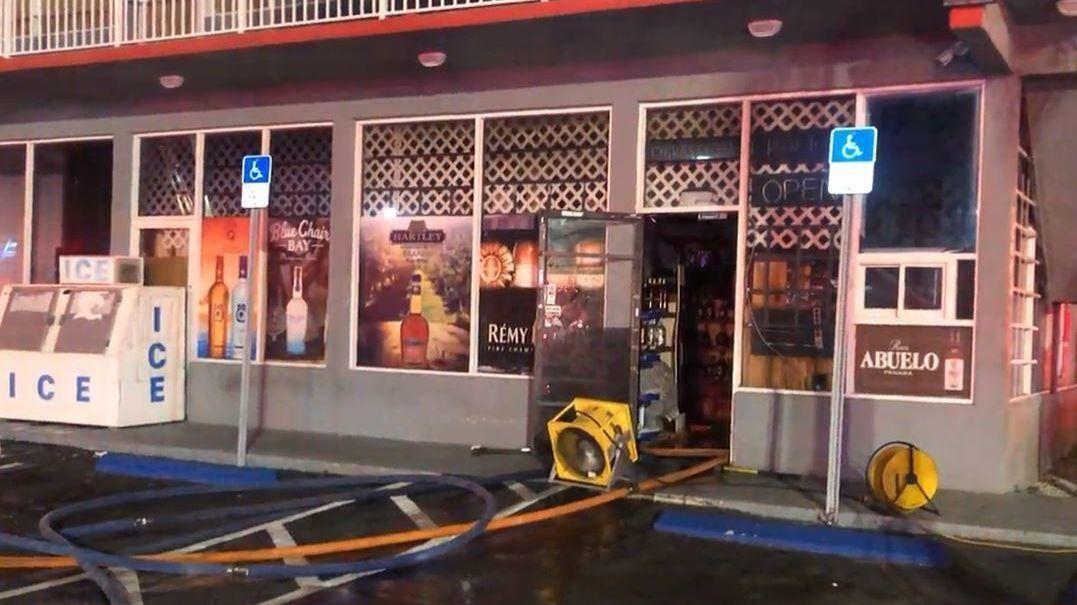 A West Park liquor store will need some repairs and clean up before being able to reopen following a late Sunday night fire.

The fire at the business in the two-story commercial building at 5713 W. Hallandale Beach Blvd. was reported shortly before 11 p.m., according to Broward Sheriff Fire Rescue.

“Firefighters were able to gain entry through the front door of the liquor store and located a fire in the businesses security room, which contains camera recording and other surveillance equipment,” said Battalion Chief Michael Kane, spokesman for the agency.

Nearly three dozen firefighters were at the scene and had the blaze under control within about 30 minutes and fully extinguished within an hour, Kane said.

No one was inside the business at the time of the fire and there were no injuries reported, but the store has smoke and water damage.

Information about the name and ownership of the business was not available Monday.

The cause of the fire is being investigated by the office of the Florida State Fire Marshal.