Christian tradition diverges on the nature and meaning of the Lord’s Supper. 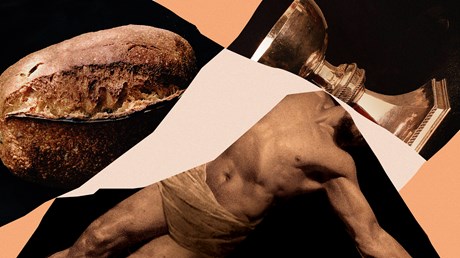 Lent is a season of preparation in which Christians get ready to celebrate the momentous events of Christ’s death, resurrection, and ascension.

Some use this season as an opportunity to draw near to God by engaging in confession, fasting, and meditation on Scripture. The Lord’s Supper has long been seen as one such occasion, and yet this sacrament is interpreted in a myriad of different ways across the Christian tradition.

The scene in the upper room on the night before Jesus was crucified is no doubt familiar. There Jesus Christ took some bread, drew his followers’ attention to it, and said, “Take, eat. This is my body.” He did something similar with a cup of wine saying, “This is my blood.”

I imagine Jesus’ disciples had a similar thought to the Jews who heard his controversial sermon in John 6 (“My flesh is real food and my blood is real drink.”) and said, in essence, “This is a difficult statement, who can even understand it!”

The difficulty of these statements about bread and body, wine and blood is no doubt proved by the diversity of interpretation that has arisen in the years since Christ first uttered those words. And although we probably won’t get close to unifying around a single perspective, we can attempt to gain a better understanding of the range of options.

In my view, approaches to the Lord’s Supper fall along something of a spectrum. As I see it, there are three main families of locations on the spectrum, each with various family members who are conceptual cousins to one another.

We might name these families according to the manner in which they think Christ is present in the Eucharist: Bodily, Spiritually, …