Putin’s denial of death reminds Christians why we serve a Lord who conquered the grave. 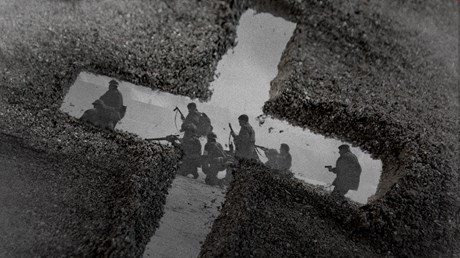 This piece was adapted from Russell Moore’s newsletter. Subscribe here.

Early in the Russian invasion of Ukraine, some longtime observers of Vladimir Putin speculated that he might soon use what he did before: mobile crematoriums.

These incinerators aren’t for the combatants killed on the other side but for the bodies of Putin’s own troops. Such ghoulish machines would be employed to hide the number of fatalities to avoid humiliation abroad and loss of support at home.

Regardless of whether these experts’ predictions are right, Putin’s impulse is to hide what his invasion will bring for Russian armies: death.

As Christians around the world mark Ash Wednesday, perhaps we can remember that the Christian way of death is opposite of this invading tyrant’s. For both Christians who observe the church calendar and those who don’t, this Ash Wednesday may be especially poignant this year.

Many of us are only just now catching our breath after two years of a pandemic that has killed countless people and upended the lives of everyone who survived it. And on all our television screens and social media feeds are images of brave Ukrainians holding their own against those invading their homes and communities.

In the backdrop of all this are possibilities we almost dare not even mention: a war spreading all across Europe or even, given the evident instability of the Russian dictator, the prospect of nuclear war.

Putin operates out of what intelligence services and diplomats tell us is a nostalgia for the old superpower days of the Soviet Union. To do this, he projects an image—the shirtless warrior riding a horse, for example. The last thing he wants the world to see is the corpses of Russian soldiers. …