How Christian teachers can tell the story of Black history in culturally relevant ways. 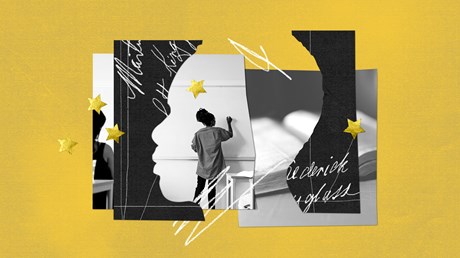 As a kid, my friends and I believed that the designation Black History Month in February was due to a racist conspiracy because it was the shortest month of the year.

Thankfully, I learned as an adult that Dr. Carter G. Woodson chose to designate Negro History Week as the week of Frederick Douglass’ and Abraham Lincoln’s birthdays because of the role these men play in the liberation journey of Black people.

For Woodson, Black history was as much about the retelling of American history in a culturally informed way as about revisiting the past and present accomplishments of Black peoples throughout the US and the African diaspora. Those lessons carry forward into the classroom.

Critical race theory (CRT) is the debate du jour in America, and current efforts are underway in several states to pass bills that ban CRT from school curriculum. Many of these bills restrict lessons on Black history, but some of the bans extend to a broader set of concepts related to racial diversity, equity, and inclusion.

Studies show that teaching Black history in its proper context is beneficial, if not essential, to the success of Black children in school. According to sociologists Brian Wright and Sheretta Butler-Barnes, et al., Black kids excel inside and outside the classroom when they develop a positive view of their own racial-ethnic identity.

Rather than wade into the muddy waters of CRT, however, educators might consider pivoting toward another acronym to address the history of race in America: CRP. That is, culturally relevant or responsive pedagogy, which seeks to connect past sins with present problems to craft future solutions.