Conservative Methodists worry about their place in the denomination ahead of delayed plans for a split over LGBT issues. 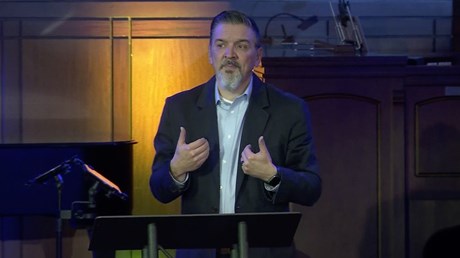 Regional leaders of the United Methodist Church (UMC) took control of an 8,000-member congregation in suburban Atlanta earlier this month after a lengthy conflict over who should pastor the church.

The North Georgia Conference seized assets of Mount Bethel United Methodist Church in Marietta on July 12, a move that has sparked tensions already roiling over the denomination’s ongoing conflict around same-sex marriage and LGBT ordination.

Back in April, North Georgia Bishop Sue Haupert-Johnson reassigned Mount Bethel’s conservative pastor, Jody Ray, to a role in the regional office involving racial reconciliation and said a new pastor would be sent to the church.

Ray turned down that assignment and left the denomination. In a sermon announcing his departure, he said to his children, “Your daddy did not bow the knee or kiss the ring of progressive theology.”

Such a move by a regional conference “has never happened with a church of anywhere near this size or for this reason,” said Rob Renfroe, a UMC pastor in Texas and president of the Methodist publication Good News Magazine.

Over the past year, Renfroe said, “at least four other senior pastors … were told that they were being moved without the pastor or the churches being consulted,” but those situations were resolved without a takeover by the regional governing body.

All assets of a United Methodist church are held in trust for the denomination, meaning that though a local church technically owns its assets, they are able to be used only for the work of the UMC. When there is a conflict between the church and denominational leaders, the assets can be transferred back to the regional body and administered by them.