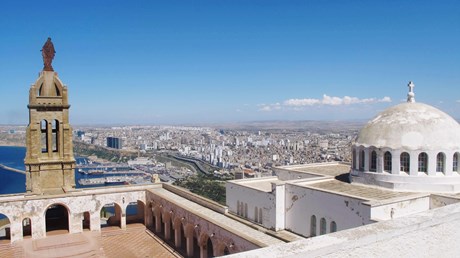 Algerian Christians finally have something to celebrate.

Amid a rash of church closures the past two years, the North African nation’s Council of State returned a historic worship site in Mostaganem, a port city on the Mediterranean coast, to the Algerian Protestant Church (EPA).

The EPA loaned the building, which dates to the French colonial era, to the Ministry of Health in 1976. But in 2012, when the site’s medical clinic changed locations, the local governor gave the facility to an Islamic charitable association.

The EPA sued, and the case was decided in its favor in 2019.

That year, however, marked an escalation against Protestant churches. Three of Algeria’s largest congregations were shut down, and the Mostaganem authorities failed to implement the court decision.

But with 20 other churches ordered to cease activities—and 13 sealed completely—Algerian Christians remain cautious.

“Just because we have the keys,” said Nourredine Benzid, general secretary of the EPA, “doesn’t mean the case is over.”

Benzid’s Source of Life Church in Makouda was among those closed in 2019. Located in the mountainous Tizi Ouzou district, the area is home to many of the nation’s estimated 100,000 Christians.

By contrast, the Mostaganem church was empty when it was loaned to the government. But today a pastor and believing community are in the city, and the EPA intends to reopen the building for worship.

Founded in 1974 and officially recognized in 2011, the EPA serves as an umbrella organization for Algeria’s Protestant community. But while a 2006 ordinance guaranteed non-Muslims the protection of the state, it also stipulated that worship can be conducted …