He kept works in print, edited new collections, and spent a lifetime meditating on everything written by the beloved British author. 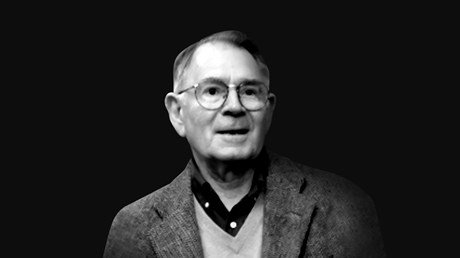 Walter Hooper, a North Carolina man who dedicated his life to preserving and promoting the writings of C. S. Lewis, died Monday at the age of 89. He was sick with COVID-19.

Hooper served briefly and informally as Lewis’s literary secretary—helping the author of The Chronicles of Narnia, Mere Christianity, and The Abolition of Man answer his mail—before Lewis’s death in 1963. Hooper, then 33, left a teaching post at the University of Kentucky to take a leading role in managing Lewis’s literary estate. He continued to promote Lewis for the rest of his life.

Hooper edited more than 30 collections of Lewis’s writing and annotated four volumes of letters, in addition to writing the first authorized biography and a number of studies and reference volumes. In the early years, he played a pivotal role in keeping Lewis in print.

“I hero-worshipped him, and still do,” Hooper said after 30 years. “I can’t think of a better way of spending my life than by making his contribution better known.”

Hooper received a lifetime achievement award in 2009 from the Marion E. Wade Center at Wheaton College, which promotes the ongoing relevance of the literature of Lewis and his circle of Christian writers. According to the Wade Center, “there is not a single reader of C.S. Lewis’s writings who is not deeply indebted to Walter Hooper.”

Hooper was born outside of Greensboro, North Carolina, in 1931, and went to study English and education at the University of North Carolina at Chapel Hill.

He first heard of Lewis at a campus ministry, where a football player who had read The Screwtape Letters recounted the narrative about the senior demon writing instructions to his nephew, …