The election could determine the future of resettlement ministries in Clarkston, Georgia. 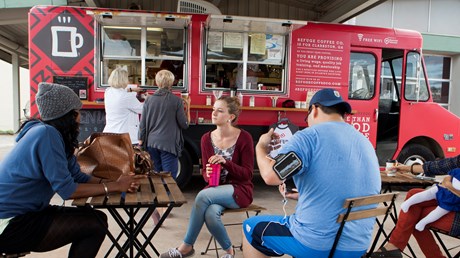 The small city of Clarkston, Georgia, has been called “the most diverse square mile in America” and “the Ellis Island of the South.”

Since 1979, World Relief’s Atlanta office assisted thousands of refugee families who resettled there, helping them find apartments and apply for jobs, enrolling their children in local schools, bringing them to medical appointments, and giving them a hand with paperwork.

Then, on a quiet morning last fall, the agency’s former director, Joshua Sieweke, got the call that his office—like other branches in Nashville, Miami, and Columbus, Ohio—would be shutting down.

Though the evangelical organization remained as dedicated as ever, there were simply far fewer opportunities to help and much less funding to do so. The number of admitted refugees had dwindled from a national cap of 110,000 in the previous administration to 45,000, then 30,000, then 18,000 under President Donald Trump.

That day in 2019, Sieweke called the pastor of his church to update their network of prayer partners. After serving with World Relief for 20 years and personally helping over 10,000 refugees resettle in the community, Sieweke told him, “I feel like my calling is being taken away.”

Sieweke, fellow former World Relief staffers, and a city packed full of Christian ministry workers and refugees themselves have been forced to rethink how their mission could continue. This month, the Trump administration announced, as predicted, another record low: Just 15,000 refugees will be welcomed into the US over the next fiscal year.

John Arnold, a 23-year veteran of World Relief Atlanta, joined the Welcome Co-op, a new nonprofit formed last year to make the most efficient use of …