Real violations of religious liberty occur when the government singles out churches, not when everyone has to follow the same rules. 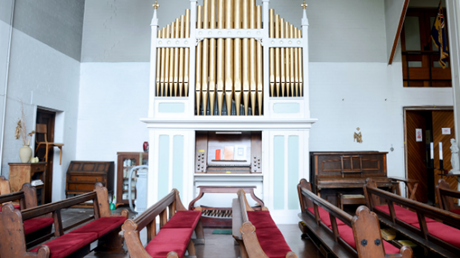 In recent news, Mark Dever and the members of Capitol Hill Baptist Church has filed a complaint against the mayor of Washington D.C. Muriel Bowser. The basic message of the complaint centers around “…the right to gather for corporate worship free from threat of governmental sanction.”

For those who may not be familiar, here are some of the applications of Dever’s (and CHBC’s) ecclesiology:

Since mid-March, CHBC has not gathered as a corporate body. Interestingly, because of their close proximity, they have fled the city limits of D.C. and journeyed over into Virginia to hold outdoor services during the summer. Moreover, during the summer they filed an application with the Mayor’s Office seeking a waiver from the ban on large gatherings. When they heard nothing, they filed again.

Finally, earlier this month, they received a response: rejected.

For months, Dever and CHBC tried to go through the proper channels in order to plead their case to be able to gather corporately as a body. Having exhausted their channels, and not wanting to incur civil and administrative penalties, Dever, the leadership, and the church have chosen to take their case to court.

One would imagine that the complaint would be rooted in the First Amendment—the right to assemble. While this is true in part, the primary issue that CHBC has with Mayor Bowser is her inconsistency in upholding the First Amendment.

In other words, the Mayor has been “discriminatory” in the application of large gatherings. The complaint notes, …