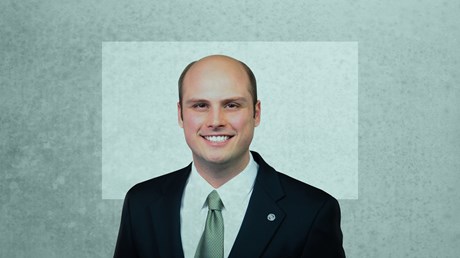 Dan Busby, his predecessor, had been involved with ECFA for 31 years of its 40-year history and spent more than a decade as president. ECFA membership nearly doubled to 2,400 during his tenure.

Martin takes over following a year of record growth for ECFA, but also continued scrutiny over prominent members that were eventually forced out for significant violations, such as Harvest Bible Chapel.

When ECFA began in 1979, CT applauded its efforts to provide a financial seal of approval and help evangelical groups “more readily prove to the public that they have nothing to hide.” And at that time 65 percent of Americans expressed confidence in the church as an institution, per Gallup polling. By 2019, it was down to 36 percent.

“There isn’t the implicit trust that there used to be for churches, for Christian ministries,” Martin said in an interview with CT. “More and more people are recognizing that we need to have that third-party accountability, some way to demonstrate outwardly the integrity that we have.”

The growth of non-denominational churches, networks, and ministries has also resulted in more organizations seeking out outside review. The ECFA’s fastest growing segment of membership is churches, now up to 300 congregations (including most of the 100 largest in the country).

Even as societal expectations have changed and its membership has shifted, the accountability organization has stayed focused on its financial stewardship standards, things like an independent governing board, financial oversight, …