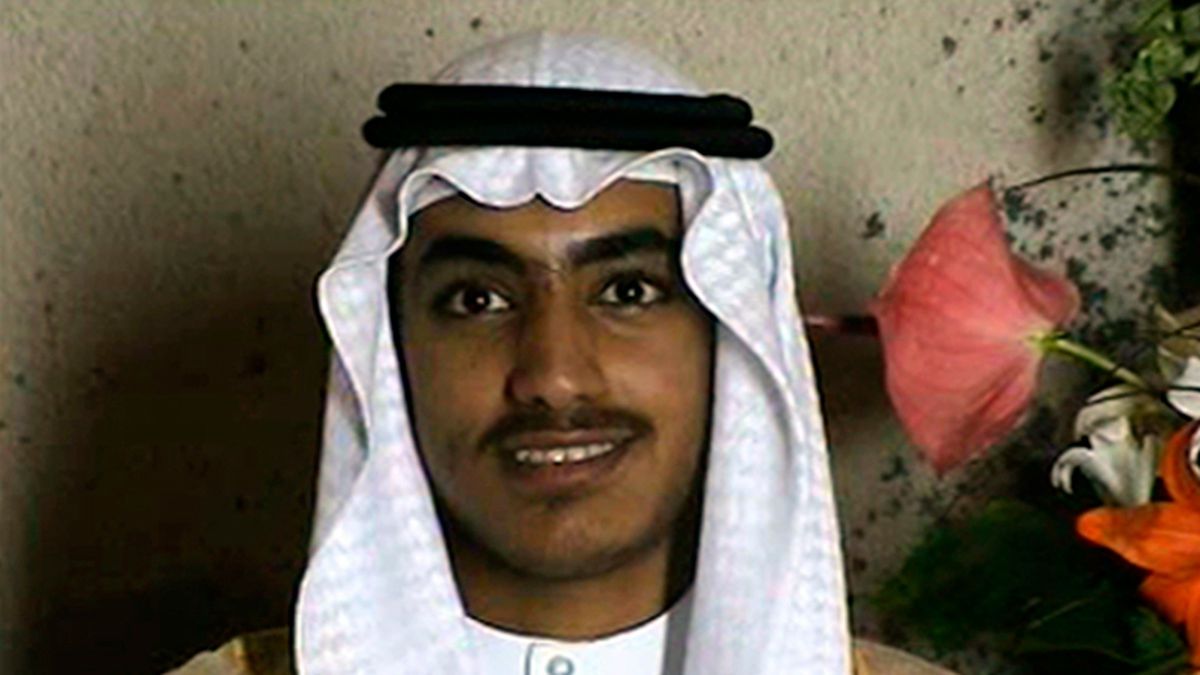 In this image from video released by the CIA, Hamza bin Laden, the son of of the late al-Qaida leader Osama bin Laden is seen as an adult at his wedding. The White House says Hamza bin Laden has been killed in a U.S. counterterrorism operation in the Afghanistan-Pakistan region. (AP)