Rather than seeing our world through the lens of everything that’s broken I argue we should use a lens with four main features. 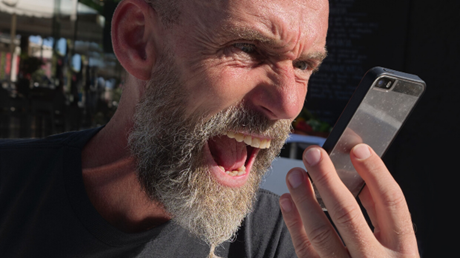 There was a time when having a piece of cake or going out for ice cream was considered a treat. We had cake for our birthday, ice cream after an outing, and so on.

Today, everywhere you look you see “treats”—supermarkets filled with fresh cakes and pies, every convenience store displaying an array of snack cakes, honey buns, and donuts—what was once a rare “treat” has become a dietary staple for too many of us, with increased waistlines as evidence.

But a “treat” by definition is something we enjoy only occasionally. Having a piece of cake for your birthday won’t wreck your health. Turning a treat into a staple, whether it’s cake, chips, or fast food, doesn’t put you on the fast track to a healthy mind and body.

Returning to the idea of these sorts of food as an occasional treat is a great way to move toward better health.

Unfortunately, too many of us are doing the same thing to our emotional health we’ve been doing physically. In this case, rather than turning a treat into a staple in our diet, we’re feeding our souls with an unhealthy diet of outrage. Sure, there’s a time to be unsettled or perhaps even outraged over some things.

But today we have turned outrage into an emotional version of junk food binge eating—it’s too common, mostly unnecessary, and almost never useful. And, it doesn’t change things for the better.

We;ve become addicted to outrage and it’s killing us.

You can guess I’m not going to be writing a book on diet and nutrition anytime soon, but I did write a book to help deal with the incessant complaining and outrage characterizing our day. I wrote Christians in an Age of Outrage: How to Bring Out …