Without a mature understanding of God’s purpose for governments, we’ll default to the commonplace views of our culture. 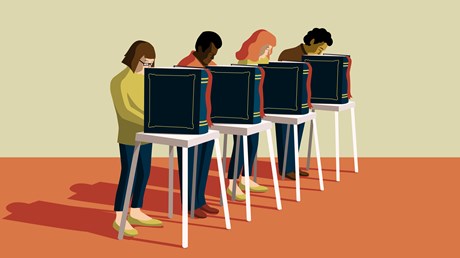 When it comes to determining how the Bible addresses political issues, its many related verses can feel like a massive sack of Legos. One person opens the sack and builds a car, another a brontosaurus, another an old Western town. With enough skill, you can build whatever you want.

Want to make the Bible say welfare policies are bad? Find a proverb on laziness leading to poverty (Prov. 10:4). Want to say the opposite? Find another calling people to “defend the rights of the poor and needy” (Prov. 31:8–9).

The point is not that Proverbs contradicts itself. All these passages say something true. But we lack clear rules for knowing how any one of them should guide today’s public policy. Further, we too often witness people and parties exploiting the Bible for their purposes.

Most of what Longman offers about how to read the Bible politically is sensible. He argues that the Bible does not provide us with specific public policies, only general principles we should take seriously. I agree entirely.

Longman offers good, solid principles of interpretation. They include paying attention to a book’s genre and original context and taking account of continuities and discontinuities between the Testaments, especially …